Pride and Prejudice and Fear and Hate 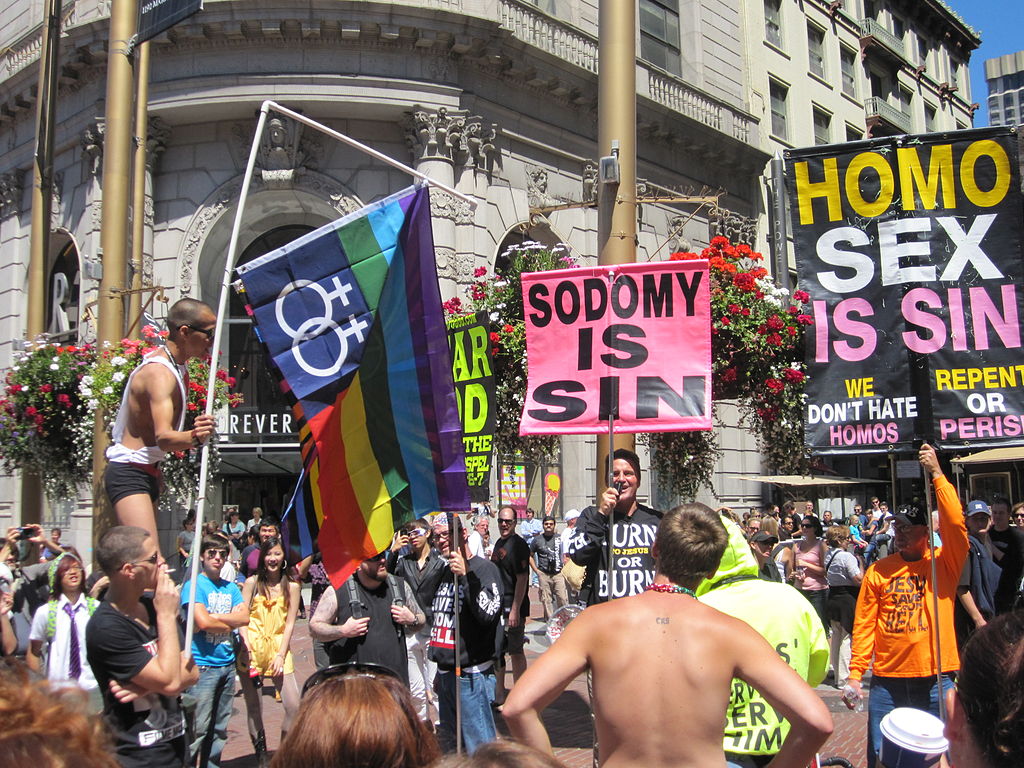 In 1979, the first March on Washington for Gay Rights was held. I was in my first year of seminary and deeply closeted. Though as with so many queer folk, I would later learn that my closet was made of glass walls. Those who identified as queer saw me even when I would not see myself or acknowledge what could be so obviously seen by them. I wasn’t fooling anyone. But I was terrified. These were the years when gay and lesbian ministerial aspirants faced two unholy choices: lie about who we were to be hired only to be fired when who we were was discovered; or tell the truth about who we were and never get hired. Remember, this was only 10 years after Stonewall and the breakout of Gay Liberation.

I cannot remember the first Pride March I walked in but I know it was in Portland, Oregon and I know it was in the early 1980’s. Even though I walked, I was afraid. These were the years when there were no corporate sponsorship or contingents. These were the years when the “Christians” lined the streets to taunt and yell and hold huge signs assuring us of our place in hell. Though it was liberating for so many of us, it was not safe.

I went to the second March on Washington in 1987 with a contingent from Oregon. It was the year the NAMES Memorial Quilt that memorialized those who had died of HIV/AIDS was unfurled. The space in front of the stage was filled with men in wheelchairs in various degrees of wasting and disease from HIV/AIDS. The feel was a mix of grief, shock, and anger as well as tentative courage and hope. As we marched by the White House we raised our fists and yelled, “Shame, shame, shame.” For our government had remained silent in the issue of HIV/AIDS. I still remember the brave contingent from Idaho that marched behind the Oregon contingent- all 8 or 12 of them. They wore jeans and flannel shirts and were shouting out the spelling of Idaho that spelled out “Idahomos.” I have never been able to call Idaho anything other than Idahomo ever since.

In 1993, I went to the 3rd March on Washington for Gay and Lesbian Rights. Because there had been so many years of antigay legislation proposed by the religious right and passed by voters in so many of our states, the contingents from states like Oregon and Colorado who had been at the forefront of the fight for GBL rights were huge. We weren’t fooling around anymore. We had learned to be political for our own survival. The restaurants in DuPont Circle, the gay neighborhood, ran out of food. As folks came up from the Metro to the street level at that stop, people who were lining the sidewalks cheered for them. It actually felt odd to see a heterosexual couple on the Metro. We were no longer timid or apologizing. As the chant went, “We’re here, we’re queer, and we’re not shopping!”

Each year, Pride marches grew in numbers as well as in a sense of empowerment. There was less fear. Our civil rights movement was gaining momentum. The media weren’t just interviewing the most outrageously outfitted Pride goers. Now they wanted political commentary from those they interviewed.

I had not been to a Pride march for years when Referendum 74 that granted marriage equality in this state, was passed into law. Lori and I had gotten married on the first day it was legal to be married in Washington at City Hall: December 9, 2012. We decided it was time to walk in a Pride Parade again. I was shocked by how dramatically things had changed since the first time I had marched. It seemed as if every major corporation had some sort of float or contingent. Attending Pride was now a “thing” to do almost like a tourist attraction. It seemed as if Pride had become a party thrown by the queer community for the non-queer community. There was nothing courageous about it any more. Lost was the recognition that there were folks who had marched for their lives. I told Lori that that was the last time I needed to go to Pride.

But the massacre of 50 people and the wounding of 53 others in the gay nightclub, Pulse, in Orlando, in the early morning hours of Sunday, has changed all that for me. Many in the queer community had been lulled into complacency about our place at the table, about our assimilation into the mainstream culture. We thought some battles were over. The fight in the queer community had seemed to be shifting to transgender rights and affirmation. The phrase, “The price of freedom is eternal vigilance,” has been attributed to many political personages from Jefferson to Lincoln.  The events in Orlando are a wake up call for all of us to embrace the phrase today.

This morning I called my colleague in Kirkland, Marian Stewart, who used to be a graphic designer, and asked her to create a sign for our wayside pulpit. It will say, “Thou shalt not murder.” Because the biblical mandate is not that thou shalt not kill but that thou shalt not murder. I asked her to then put a rainbow triangle in the sign with the words “Orlando” in the middle of it. And underneath I asked her to put in, “Standing on the Side of Love.”  I would love for members and friends of WUUC to attend pride as a contingent, and carry signs with those words and that image on it.

To those of you who are allies of the queer community and are outraged, appalled, and grieving the events in Orlando, know that this is a raw time for the queer community. And when any of us is raw, we are not always at our best. Expect anger alongside of the pain. Expect confusion and bewilderment. Expect shock and disorientation. Perhaps even fear. Respect the need for queer folk to gather separately as a community to process Orlando.

May there be healing….