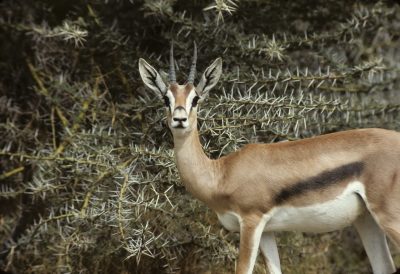 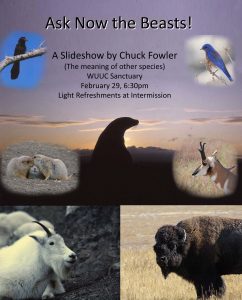 Other species present the human species with observable evidence of how to participate in the interconnected web of all existence. “Ask Now the Beasts” will be a slide show including numerous photos of wildlife (which, if you like them, can be purchased). Such photos will represent individuals of other species and lead to an understanding of species as integral parts of living systems and all existence. This understanding includes an appreciation of what it means to be a species doing things such as producing carbon dioxide, consuming water, oxygen, or energy and occupying space.
Ask Now the Beasts is open to attendance by anyone (with a $20 donation to the church). Light refreshments will be served at an intermission.