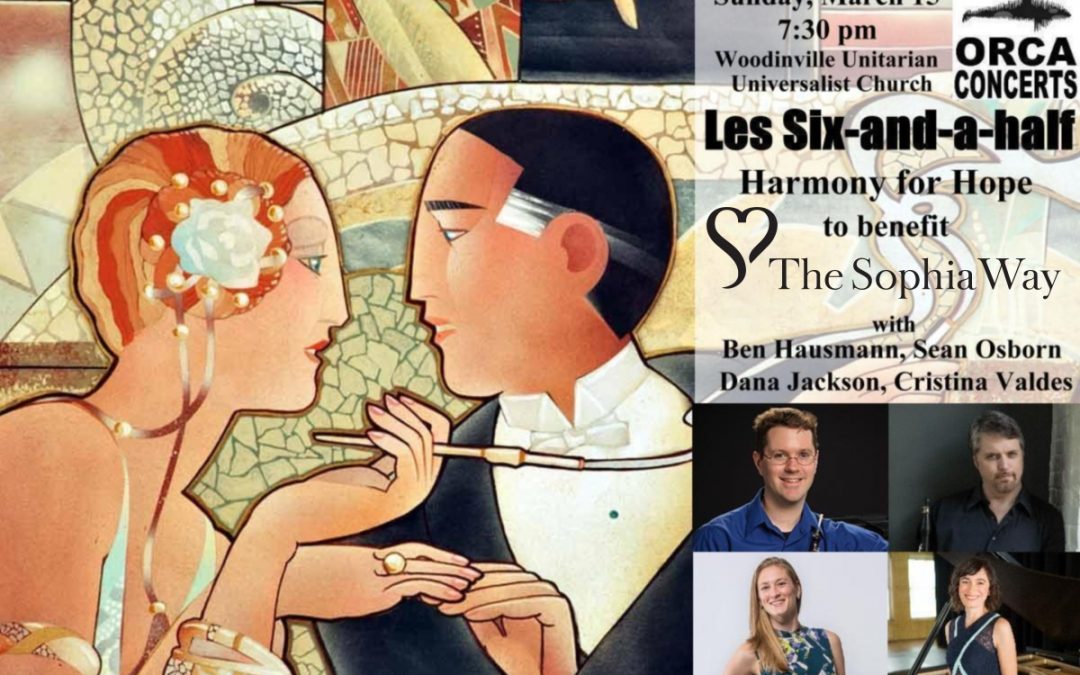 The Harmony for Hope 2019-20 season continues in Woodinville on March 15 at 7:30 p.m., with a concert called Les Six-and-a-half. Proceeds will benefit The Sophia Way, an organization committed to ending homelessness for women.

At The Sophia Way, the goal is to make homelessness rare, brief and one-time event for the women experiencing it. The women who come to the shelter are in survival mode. The shelters offer them a warm, safe space to take a shower, rest and sleep, and nourishing food to give them strength. Sophia Way case managers focus on their overall wellbeing -– physical, mental, and financial. Their aim is to move the women into a stable and secure environment – their own home. https://sophiaway.org