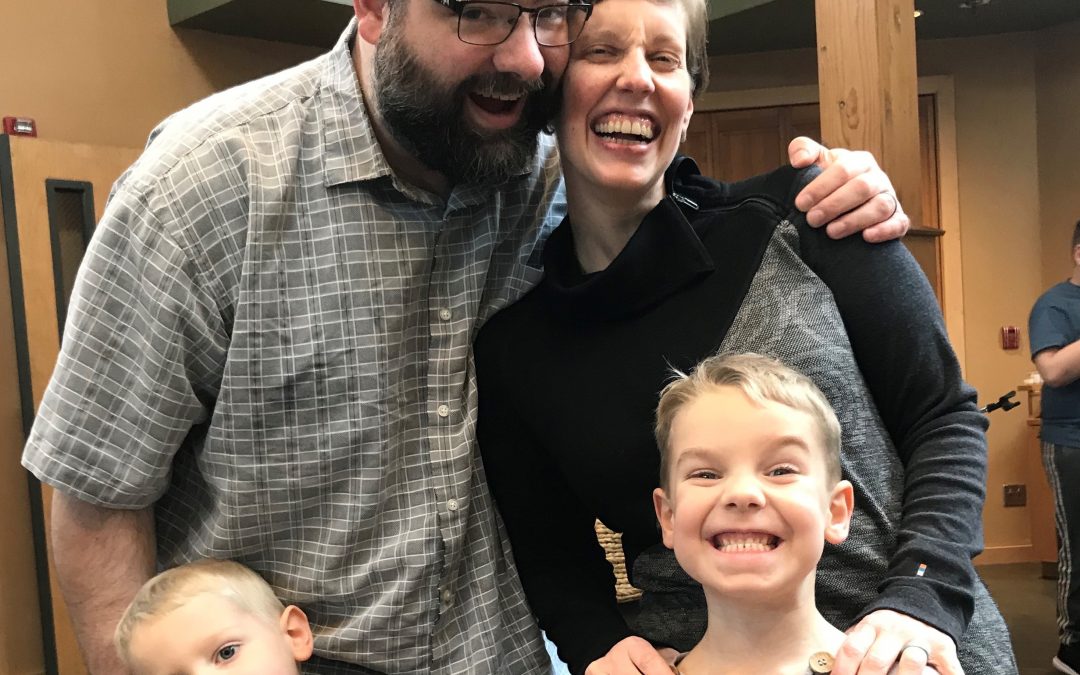 By Chris Smith
The name “Katherine” is a combination of the words “Kath” and “Er-In”. Neither of those words mean anything individually. But when you put them together, you form an amazing woman.

Katherine Smith was born somewhere in the boonies of Ohio, surrounded by a loving but certainly goofy family. But despite the uh… SUPER EXCITING happenings in Troy, Ohio, Katherine went to school at the University of Pennsylvania. (That’s the one known for academics, not football.) There Katherine met the love of her life… something called “abstract mathematics.”

Kate pursued that love throughout most of her life. First in graduate school at the University of Washington, studying Computer Science, and later at Microsoft where she now works as a Program Manager for the SQL Server product.

Of course, abstract math won’t help you open jars or keep you warm when it is a — at least to Katherine — chilly 77 degrees out. So she decided to get married to a guy named Chris.

Now, her heart is no longer stirred by “formal operational semantics,” but instead by her “Smith boys”: Grant (5), Neil (3), and Chris (no seriously, the legos are for the kids, put those down).

Katherine is a kind, loving woman who strives to fill her family with the same sense of love and goofiness that she grew up with. (Although in a much more awesome place than “wherever” Ohio.)

She is thrilled to become member of WUUC, and relishes the sense of tight-knit community. All of her Smith boys love her greatly, and are confident that you — the WUUC congregation — will love her too.