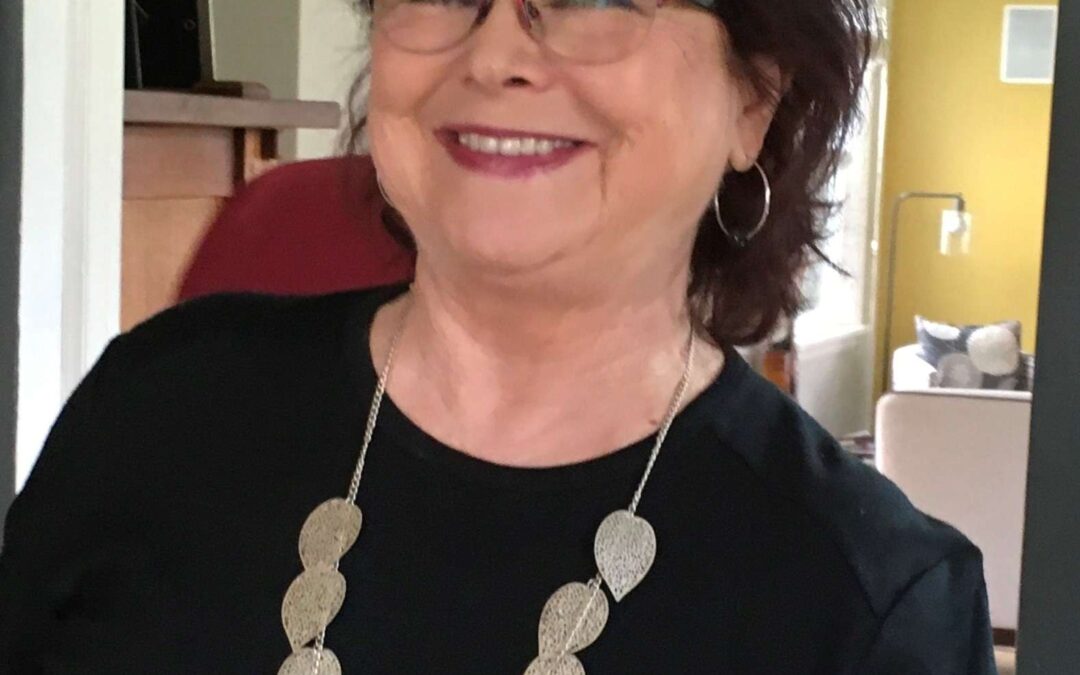 My name is Silvia.  I retired from gainful employment in the Healthcare field shortly after leaving my marriage several years ago. Divorce felt devastating.

After regaining some sense of “normalcy,” I began volunteer work co-facilitating a support group for women in Domestic Violence situations. The focus was on “self-empowerment” which actually helped my own healing process.

However,  I never accomplished practicing enough detachment when listening to the women’s often tragic accounts of their turbulent relationships. Their despair became infectious and I grew weary and discouraged. I needed to look for volunteer work that was not draining and instead would be energizing and lift me up.

I found two such opportunities:

A friend at the Redmond Senior Center, who also grew up in Europe needed help teaching ESL, as her class had grown beyond her capacity to handle it alone. We taught for two years until the pandemic forced us to quit.

What I took with me from that experience was the appreciation and love we received from our students. Several  of them brought gifts upon returning from trips to their respective countries. I won’t forget how the diversity in our group taught me not only to better understand other cultures but, more importantly,  how similar we are in our common experience of simply being human. Two of the women, one from China, the other from Russia became naturalized U.S. citizens during that period.

For some time now I have been volunteering at the little “Discovery Thrift Shop” in Redmond.  All work is done by volunteers. The money made off donations goes to benefit cancer research.  We sell almost anything donated that is in good condition, from clothing, jewelry, hardware and books to items initially hard to identify. Not infrequently, once we do figure out what we are pricing it makes us chuckle.  Additionally, I really value the mindset of recycling.  Sometimes we come across rare items of significant value and spend extra time researching their origins.

I especially enjoy cashiering.  People from all walks of life stand in line with their “treasures.”  A personal benefit is that I get to practice Spanish with many of the Hispanic shoppers.  It is a language I spoke until age 7 before my family moved back to Germany from Bolivia where they had spent the years during World War II and beyond.  I was born there.

I thrive in multi-cultural environments because I feel a certain kinship with people who are immigrants to this country. As some shoppers struggle with language and we communicate with hand signals I smile with them when they finally feel understood.

In summary, I have experienced several fun ways to make a difference.  With the barrage of domestic and global bad news unloaded on us every day it’s easy to become cynical.  My volunteer work helps to keep me balanced. It has become easier to acknowledge the dichotomy between good and evil about being human in this, our world.